Cleanliness Is Next to Literary Godliness 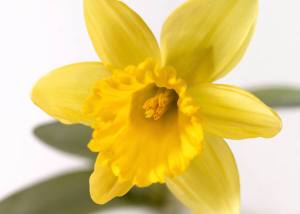 I spent the most amazing weekend writing. I met with my private writers’ group, The Wonderchicks, allegedly to revise my novel Rex Appeal. (Yes, it’s still languishing from inattention. Hush up.) Instead I got distracted–again!–by an idea I had in the shower.

I don’t know why all my best ideas happen when I’m taking a shower, but that’s the way it goes. When some people need to solve a problem, they go for a walk. For me, my brain works best wet. I need to keep something in the shower that will let me write on the walls. But I digress…

So I had been thinking about a forthcoming blog post shared by one of the young writers at the library-sponsored writers group I lead, Write On, Right Now. She had been mentioning a character that was a Chimpanzee (1/4 monkey on her mother’s side). The character was receiving gifts from her gorilla intended, and in my water-logged state, my mind turned to what those might be. I thought he might give her flowers, but, being a monkey, she would not enjoy them quite the way I would.

I ruminated on that while I washed the conditioner out of hair and suddenly it became a poem in my head. Like Athena arriving fully formed from the head of Zeus, there it was. That Paul Mitchell makes some truly fine hair products. I’m going to have to thank him in my acknowledgements.

My writer friends will tell you. I don’t generally write poems, but this one just bubbled to the surface. It was an unstoppable force.

So instead of working on Rex for the first time in weeks and weeks, I “wasted” the day writing a poem. It turned out to be a rather startling and amazing piece. It surprised. Knocked me right on my ass. I’m like a kid that has conquered riding a bicycle, or built his first tree house, or kissed a girl. It was exhilarating and exhausting.

I’ll share it, perhaps once I polish it. Or maybe not. I have to see what that would do to the publishability of the work.

But the amazing writerly weekend didn’t stop there. After creating this magnum opus, and attending the Alliance rally to end DOMA downtown, I woke up the next morning and got to work on Rex. I revised four chapters or so before succumbing to brain drain. Good work, but now I’m exhausted.

I plan to work every day at least a little. Today, I have some revisions to do on my poem, ( I took a shower again this morning.) then back to Rex.

My Work In Progress is a humorous paranormal thriller called Rex Appeal. Once Rex is completed, I'll return to Charmer, an epic fantasy also under construction. My alter egos include a kick ass librarian, and crafter, designing Fabrege style eggs. I live with four dogs, four cats and a near endless supply of fur balls.
View all posts by robindeffendall →
This entry was posted in Uncategorized. Bookmark the permalink.

1 Response to Cleanliness Is Next to Literary Godliness